The University is located in the city of Vinnytsia, which is about 260 kms from the Capital Kiev, with just 3 hours journey by train from Kiev. The medium of instruction of the course is English, and Ukrainian language forms part of the curriculum only for the purpose of interaction with the patients, and with the local population.

This university guides the students not only in studies with an experienced and quality staff, but also provides excellent career prospects. In the field of science and technology, the University has got state prize of Ukraine and also as the national status, university was awarded as Verkhovna Rada of Ukraine” and “Diplomas of Cabinet of Ministers of Ukraine”.

The University is recognized for its excellent standards of education, and the students passing out of VNMU have one of the best FMGE results in recent years.

The university has 4 channels of internet network with free access for all the students and 26 computer classes.

-62 International projects are being implemented by faculties of departments.

University is having 25 honored technicians and scientists,126 doctors of sciences and 677 candidates of sciences in the medical departments of Ukraine.

It is compulsory to clear NEET entrance test to get admission in university. Basic eligibility is 10+2 passed with PCB. Medium of teaching is English. Course duration is 6 years with internship. Climate of Vinnitsa is moderate which is suitable for everyone. University is recognized by UNESCO, MCI and WHO.  Hostels are available for students, with ample availability of Veg as well as Non Veg food. 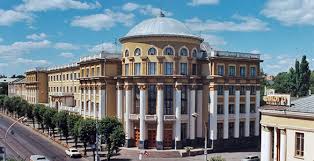 Insurance, Medical, Receiving, Visa charges, Receiving, etc. are apart from the charges mentioned above, which are covered in the One Time charges payable in the first year, and a nominal yearly charge.