I.M. Sechenov First Moscow State Medical University is the first and the oldest medical school and is considered as one of the top Medical Universities in Russia. This University and has been considered as a pioneer in the Russian healthcare system which has celebrated its 260th anniversary recently. In 1897, the clinical campus of Sechenov University was established and it was considered as one of the best and largest teaching hospitals in Europe. Many renowned scientists and physicians who are known for their significant contributions in the progress of medicine have already worked at the University.

Today, about 2500 international students and post-graduates from 73 countries study in this university. At present, Sechenov University is the only member of the Russian Academic Excellence Project in QS World University Ranking by Subject (Medicine). The University, which was the first to start admission of International students in 1949 has about 3,500 international students among the 19,000 Undergraduate students. Students from 90 countries of all continents are presently studying here. The biggest number of foreign students are from India, Malaysia, China, Iran, Namibia, Azerbaijan, South Africa, etc. It has 140 teaching staff members who are members of one or several foreign and international scientific and professional societies, organizations, associations.

The vision of the university is to become an internationally-recognized comprehensive academic research platform by 2020. I.M. Sechenov First Moscow State Medical University, is a world-class University in Russia, with a balanced focus on multi-disciplinary education, research and partnership with industry. 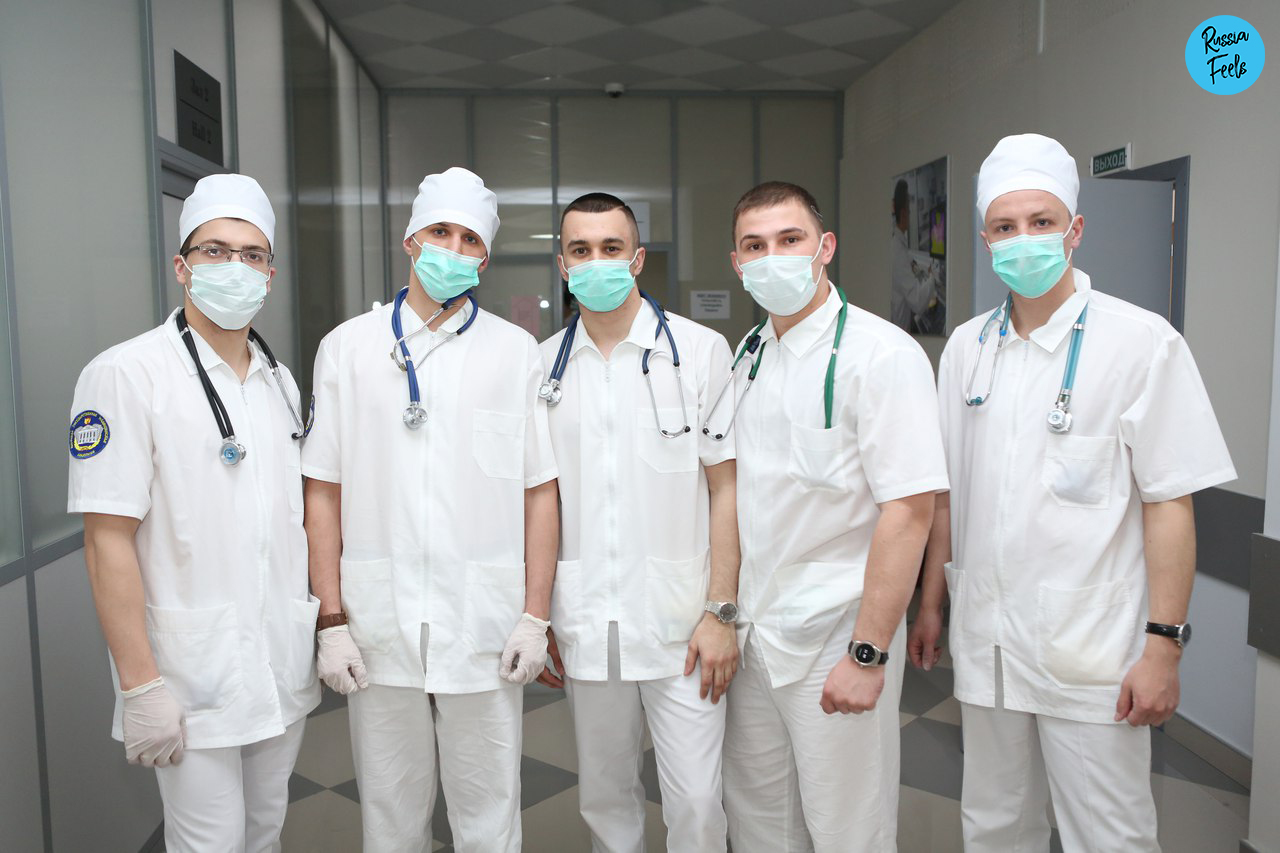 The cutting edge medical care practices that the University boasts of, are due to the academic excellence lent by the facililities like the Largest Medical Library in Europe, 30 Laboratories, 3500 beds in 22 hospitals, 69 educational venues, Botanical garden.

University provides various indoor and outdoor sports facilities such as stadiums, tennis courts, basketball courts, and also has a student culture center named as “New Art”, which encourages the student to be active in various plays, literacy and poetry clubs, music bands, as well as several dancing classes.

Various extracurricular lectures by world-class researchers and physicians, intellectual quizzes and language speaking clubs, meetings of student societies on different areas of medicine and healthcare, and after-school activities are organized at Sechenov University on a daily basis to improve knowledge and to offer ample opportunities to medical students to obtain and improve in the fields of their interest.

For coordinating with all international students the university has set up a Center for International Education.

The University offers fully furnished, comfortable and cozy accommodation to all international students. The hostels are not only safe with fire alarms, CCTV & round the clock security, but also provide all modern amenities like – Internet connections, TV sets & Telephones in all rooms. The University also provides kitchen for self cooking on every floor as well as laundry facility.

The agreements for International collaboration of the University cover a broad range of foreign organizations & Universities, including – World Federation for Medical Education , World Health Organization, European Health Management Association , Medical Council of India, Association of University Programs for Health Administration, and so on.

The One Time Charge, Equalisation & nominal yearly charges are apart from the expenses above

The University covers a rich spectrum of Postgraduate studies in Multiple Disciplines, and is one of the best University for PG in Russia –>